More work done on the Vietnam project. I'm a little under half done with the Marine platoon.
I'm missing 1 grunt to complete the first section, But I have now Section leader, quite a few grunts, 2 M60s, 2 M60 helpers, a blooper and Platoon commander with radioman.

The platoon commander is calling to HQ asking for better rations. The men are threatening mutiny. 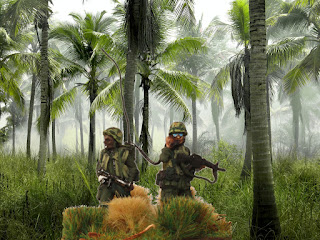 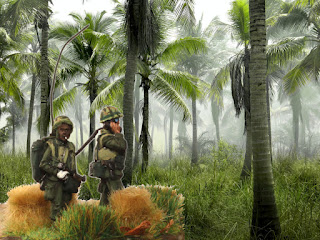 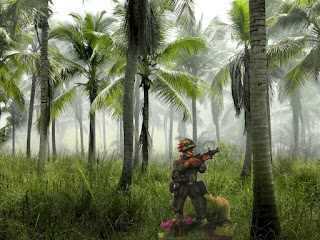 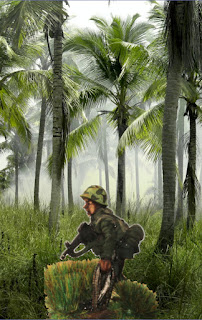 I now mostly have regular grunts left for the platoon, in fact, except for the bloopers and a corpsman all the remaining guys in the platoon are just grunts. 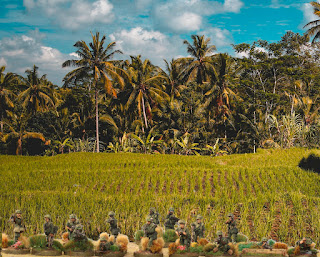 Slightly less than half the platoon.
Posted by Gunfreak at 2:32 PM

Thanks Phil, for always stopping by. Apritiate it.